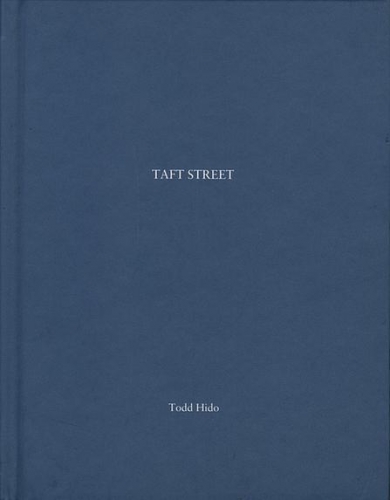 Todd Hido’s first monograph, House Hunting, was recently published to wide critical acclaim. We are now pleased to announce the artist’s contribution to our One Picture Book series. The subject is a single house on the ubiquitous “Taft Street,” photographed during four distinct seasons. The book contains reproductions of all four photographs in the series, beautifully printed in lush process color. Each book also contains an original print of one of the four images. The total print run of 500 copies has been divided into four versions of 125 copies each. Each version is available individually; a slipcased set of all four is also available while supplies last. Todd Hido is a San Francisco-based artist whose work has been featured in Artforum, The New York Times Magazine, Doubletake, Metropolis, Wired, and Surface. Hido is a recipient of a 2001 Eureka Fellowship. His photographs are represented in the permanent collections of such institutions as the Museum of Fine Arts, Houston; Los Angeles County Museum of Art; and San Francisco Museum of Modern Art. Todd Hido’s work will be the subject of solo exhibitions at the Kemper Museum of Art and the Cleveland Art Museums in 2002.