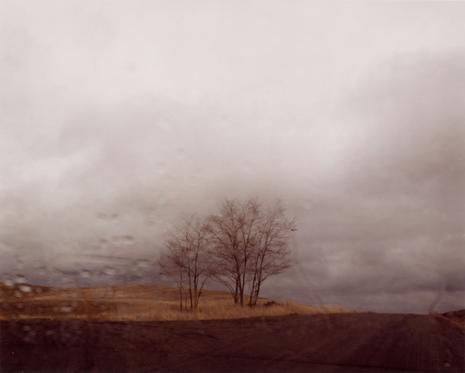 The work in Roaming appears arrestingly different than that in Todd Hido's previous two monographs. It is as if, having spent so many nights outside the eerie, brightly lit suburban tract homes featured in House Hunting and Outskirts, he has suddenly put his foot on the gas pedal and driven into the next day. But these landscapes continue Hido's mastery in portraying the most mundane scenes with a menacing air of expectancy. These unpeopled pictures, often taken through a car windshield, are so effective in creating tension they might almost have been staged. But in fact they are taken "as seen"; the telegraph poles, the straggling tree, the road leading nowhere are all exactly as encountered by Hido as he drove through Eastern Washington State, the California Central Valley, Indiana, South Louisiana and beyond.